Announcing the winners and shortlist of 2019 Berlin Writing Prize

We’re delighted to finally be able to announce the winners of this year’s prize. With such a stunning shortlist, making the final decision was far from easy. However, after much discussion, our judges’ decision was unanimous. Without further ado, here goes …

One In Eight – Hannah Harper

S.K. Perry will be undertaking the residency in Berlin at The Circus Hotel, while our 2 runners up win 2-nights’ accommodation at The Circus Hotel over the weekend of our prize-giving and anthology launch party on January 31st, 2020. The remaining 7 writers will be receiving Reader Berlin goody bags and all of our ten shortlisted authors will be published in an anthology. We’ll be keeping you posted about the event and anthology, and hope to celebrate with you in January.

Preceding the publication of the anthology, we’ll be publishing excerpts from the shortlist online. You can keep up with all the news and our forthcoming courses and events by signing up to our mailing list here.

Scroll down for more about the competition, the full longlist and honourable mentions.

Thanks again to everyone who entered, our judges, partners and sponsors, and hearty congratulations to our winners, 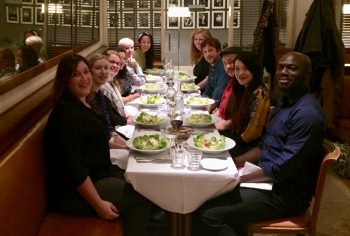 We are delighted to announce the entries that have been longlisted for the 2019 Berlin Writing Prize. In alphabetical order (by title), they are:

Amidst A Ring of Fulcrum and Light, by Jenny Wong

Caught in the Mechanism, by Edward Barnfield

On Bears (A Constellation), by Sarah Van Bonn

One in Eight, by Hannah Harper

Someone with Something to Say, by Lucy Grace

Suddenly the Top Blew Off, by Stephanie Pushaw

The Ghost of Things, by Suzanne Scanlon

The Life I Deserve, by Victoria Griffin

The Streets our Brushes, the Squares our Palettes, by Will Studdert

Time is a Circus, by Elizabeth Forsyth

How (not) to Leave, by Aisha Hamid

How the Circus Came to Be, by Jane Housham

The Flea-Trap, by Alice Ash

The Reverend’s Circus, by Jacqueline Parker

The 2019 Berlin Writing Prize is now open for submissions! Until the closing date of June 30, 2019, we invite entries on the theme “The Circus” from both published and unpublished writers resident anywhere in the world.

Up for grabs is a one-month residency in a luxury apartment in one of the world’s most creative destinations for travellers, Berlin’s Circus Hotel. From January 4th to February 3rd 2020, the winning author will have a month to write, a free four-day pass to The British Council Germany’s Literary Seminar, and access to the famously inspiring Berliner Luft!

Alongside a host of runner up prizes, a shortlist of ten writers will be published in an anthology by the independent Berlin press KLAK Verlag. Last time, our 2017 shortlist featured both unpublished writers and debut novelists, including two who went on to be longlisted for The Booker Prize in 2018. We’ve already had requests from literary agents to view our next longlist. All of which meaning that if you are an emerging writer, our competition is one you should seriously consider entering. Read on to find out more about the prizes, our panel of illustrious judges, partners, sponsors, the rules, submission guidelines and how to enter.

Announcements: Longlist mid-August 2019. Winners will be announced on October 1st, 2019

Winner: A one-month (four-week) residency at Berlin’s The Circus Hotel to take place from January 4th to February 3rd, 2020. The competition winner will receive their very own apartment, plus a month’s breakfast vouchers for the Circus Hostel, and up to 100 euros in travel costs toward their travel to Berlin. The winning entry will be showcased in a Reader Berlin anthology published by KLAK Verlag in January 2020.

In addition, The British Council Germany has generously offered the winner a place as a delegate at the British Council Literature Seminar 2020. The seminar, in its 37th year, offers students, academics, publishers, translators, journalists and literature fans the chance to hear the latest writing from the UK and engage with the writers and their work at first hand. Over the years, the list of writers taking part has included Ian McEwan, A S Byatt, Salman Rushdie, Jeanette Winterson and David Nicholls.

Runners Up: Two runners up will receive two nights in a double room at The Circus Hotel over February’s competition prize-giving event on 31st January 2020, and 100 euros each towards their travel to Berlin. Their winning entries will be published in a Reader Berlin anthology.

Shortlist: A further seven shortlisted writers will win Reader Berlin goodie bags, plus invitations to our prize-giving event in January 2020. Their winning entries will be published on The Reader Berlin’s website and in the anthology.

All submissions will be read by The Reader’s team, which will compile a longlist to be read by our panel of six judges. 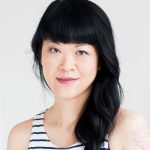 MAY-LAN TAN studied fine art at Goldsmiths and works as a ghostwriter. She’s the author of the story collection Things to Make and Break (shortlisted for the Guardian First Book Award) and the chapbook Girly. Her stories have appeared in Zoetrope: All-Story, the Atlas Review, the Reader, and Areté. She lives in Berlin. twitter: @amanlyant 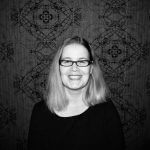 KATRIN SCHÖNIG is the general manager of the Circus Hotel in Berlin where the winner of the Berlin Writing Prize 2019 will stay for the duration of their residency. A long time lover of books, Katrin has a Master’s degree in English and German Literature from Humboldt University and is the events coordinator for Elsewhere: A Journal of Place. Her favourite writers include Erich Kästner, Klaus Mann, Jane Austen, Brigitte Reimann and Carson McCullers, and you can find her on Instagram at @kaschoe_berlin. 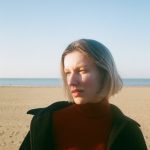 SOPHIE MACKINTOSH grew up in Wales and is now based in London. Her debut novel, The Water Cure, was published by Hamish Hamilton in 2018 and longlisted for the 2018 Man Booker Prize. Her work has appeared in Granta, The New York Times and SLEEK, amongst others, and she was the winner of the 2016 White Review Short Story Prize, the 2016 Stylist x Virago Short Story Prize, and shortlisted for the 2017 Berlin Writing Prize. Twitter: @fairfairisles 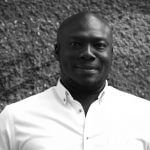 ELNATHAN JOHN is a lawyer, novelist and satirist. His fiction was shortlisted twice for the Caine Prize for African Writing in 2013 and 2015. He was the recipient of the Civitella Ranieri fellowship in 2015.  His novel, Born on a Tuesday won a Betty Trask Award and was shortlisted for the Nigeria Prize for Literature, the Republic of Consciousness Prize and the Hurston/Wright Legacy Award for Debut Fiction. One of Nigeria’s best known satirists, Elnathan is a recipient of the 2018 Miles Morland Writing Scholarship and is a judge of the 2019 Man Booker International Prize. He has two books — a satire collection Be(com)ing Nigerian, A Guide and a graphic novel On Ajayi Crowther Street —forthcoming from Cassava Republic Press in 2019. twitter @elnathan_john 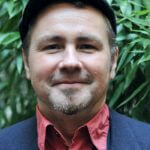 MARTIN JANKOWSKI is editor-in-chief of the multilingual Berlin online magazine stadtsprachen.de and directs its international reading series PARATAXE. A writer and poet who emerged from the 1980s East German oppositional underground in Leipzig, he is co-founder of the international literature festival berlin (ilb, 2001) and the Network Freie Literaturszene Berlin (NFLB, 2015). Since 2005 Martin has chaired the Berliner Literarische Aktion. twitter: @stadtsprachen 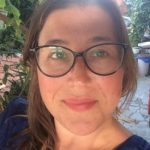 VICTORIA GOSLING is the founder of The Reader Berlin and The Berlin Writing Prize. An editor, writer and consultant, she has worked with innumerable writers and consulted on a wide range of publications currently available in print and online.

The Berlin Writing Prize is brought to you by The Reader Berlin in partnership with The Circus Hotel and The British Council Germany.

THE CIRCUS HOTEL is a home from home for travellers. As an independent hostel, hotel and suite of apartments in the heart of Berlin, The Circus has been welcoming guests to one of the world’s most inspiring cities for more than twenty years. With a varied programme of cultural events, a carefully curated selection of services and facilities, a roof terrace with spectacular views, cutting edge design and a team of committed hosts ready to welcome its guests, The Circus never stands still.

THE BRITISH COUNCIL GERMANY is the UK’s international organisation for cultural relations and educational opportunities. Amongst their other work, they are a firm supporter of the arts and literature. The annual British Council Literature Seminar has been bringing together authors, readers and writers for workshops, readings and events for nearly 40 years.

We also owe a great debt of gratitude to our sponsors, whose support is essential to what we do, and who all – each in their own way – represent the free-thinking, innovative, independent spirit of Berlin.

BUCHHAFEN BERLINis a small, independent bookshop that opened in Schillerkiez in October 2016, and a splendid addition to Berlin’s independent bookshop scene. Offering a unique mixture of titles, BuchHafen stocks books in Turkish, German and English. Enjoy a tea or coffee as you browse through the collection of world literature, children’s books, theory, graphic novels and coffee table books.

KLAK Verlag is a Berlin-based publisher run by the inimitable Jörg Becken. Publishing everything from poetry to photo books, from history to fiction, KLAK translates and publishes work by award-winning authors of many different nationalities including Czech, Georgian, Lithuanian, Estonian, and British -alongside a host of German-language writers. Often found at book fairs across Europe, KLAK proudly flies the flag for the international independent literature scene.

Einstein Unter Den Linden was taken over by the team behind Grill Royal in 2016. Building on the traditional character of the café-restaurant beloved for its classic Austrian cuisine, the team have complemented the popular breakfast and lunch menus with new evening and wine menus and a weekly changing Plat Du Jour menu. Favouring regional producers with further products sourced from Voralberg, Salzburg, Vienna and other regions of Austria, Einstein Unter Den Linden is – from early till late – the destination for old and new Berliners, politicians, journalists, tourists and flaneurs, in search of coffee, cake or the best Wiener Schnitzel in the city.

Tom Moore is a Berlin-based artist, film-maker and musician, and responsible for our lovely artwork. Tom also runs evening classes and workshops. You can sign up here.

R.S.V.P. Papier in Mitte was founded in 2001. Situated in the heart of Berlin, RSVP consists of two shops on opposite sides of the same street and an online store. A haven for stationery lovers, stock includes fine paper and writing materials from all over the world, with a particular emphasis on classical printing techniques like silk screen, letterpress, and woodcut.

SAND Journal is Berlin’s premier English-language literary journal. A nonprofit endeavour published twice a year by a team from the city’s international community, SAND features work by writers, translators, and artists from around the world and seeks out fresh and underrepresented perspectives. Twitter: @SANDJournal