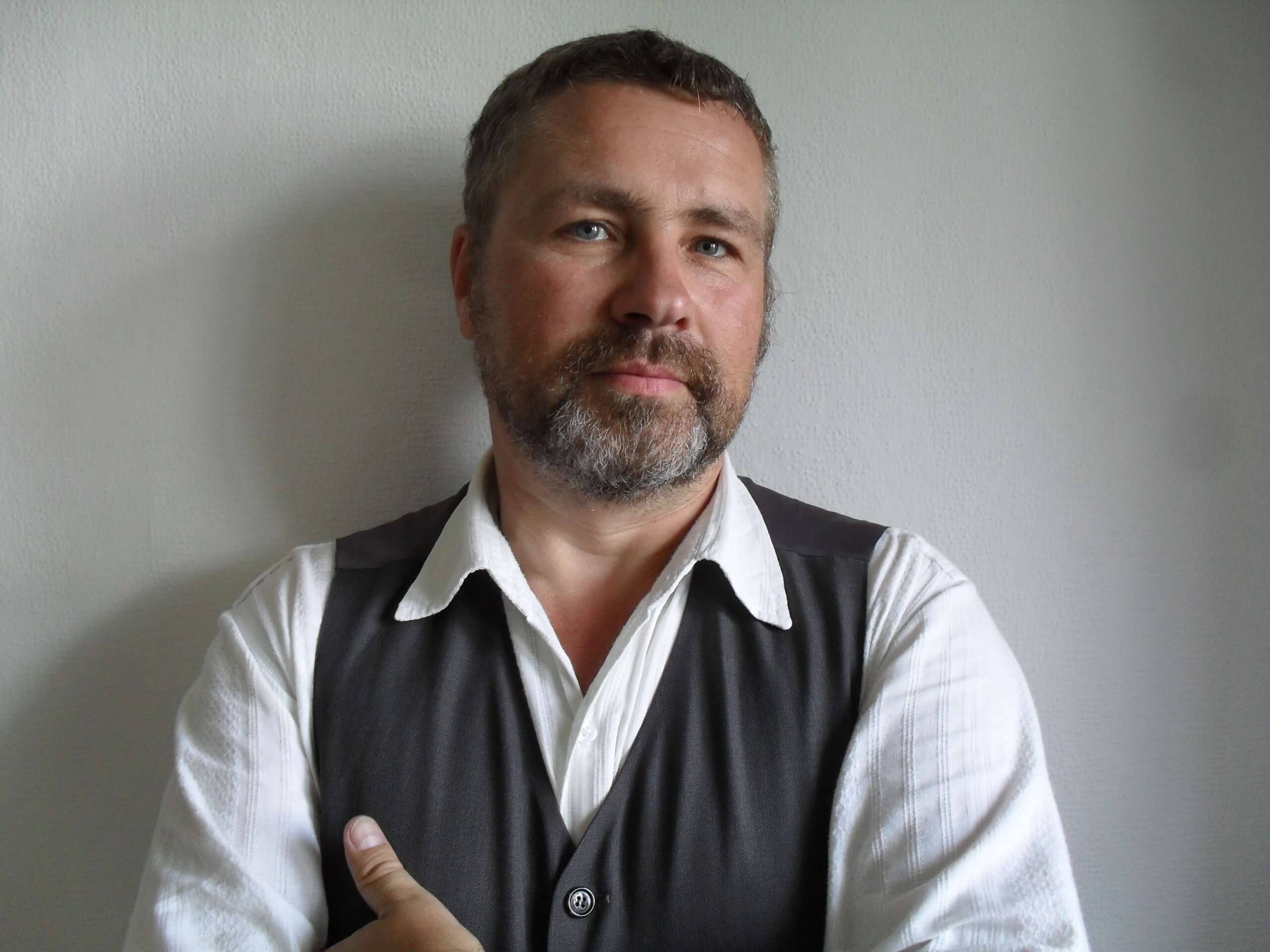 The last judge of the 2019 Berlin Writing Prize we want to introduce to you is Martin Jankowski. Martin is editor-in-chief of the multilingual Berlin online magazine stadtsprachen.de and directs its international reading series PARATAXE. A writer and poet who emerged from the 1980s East German oppositional underground in Leipzig, he is co-founder of the international literature festival berlin (ilb, 2001) and the Network Freie Literaturszene Berlin (NFLB, 2015). Since 2005 Martin has chaired the Berliner Literarische Aktion. We talked to him about the Berlin literary scene, bringing together German and non-German writers, and what to discover in Berlin.

What is your background as a writer and Berlin literary-scene dynamo?

Leipzig 1989 and the Peaceful Revolution are my background. That means, I was born behind the Iron Curtain and grew up on the Eastern Side of Germany. Maybe that is why I am always yearning for open borders and freedom of expression. I was not allowed to publish my poems and stories until the wall came down, so today I like to create an open-minded literary scene and enjoy the vivid chaos of international Berlin.

With Parataxe and Stadtsprachen you make a big effort to include non-German authors. Why?

I would not call it inclusion, because for instance people writing in English often do not want to be included, they prefer to stay on their own. I just want to connect all the interesting scenes and creative writers of all languages we have in Berlin. All sides win if we seriously get to know each other, if we start to appreciate each other, if we produce a few new cultural synergies. It broadens the horizon to connect to bubbles with other languages and habits.

In your Parataxe events you showcase the diversity and voice of the Berlin literary scene by featuring two different authors from the multilingual community. Have you noticed a commonality between these different guests? Is there something like a ‘typical’ Berlin.

In our monthly polylingual events as well as in our more complex symposiums we explore the different literary styles and bubbles of Berlin. Every week we discover new astonishing authors or groups of other languages working in Berlin, and there is no end in sight. Of course they differ from each other strongly in many ways. But if they have something in common, it is the search for new horizons, the love for experimenting. Artists coming to Berlin rarely come for business, they are usually looking for new ideas and soulmates for creating something fresh. Berlin is about being very contemporary and always up for new things.

Can you name some of your favourite German contemporary writers whom our readers, guests, contestants can seek out in translation (or in the original!)?

My all-time-favourite is the absolutely untranslatable author Arno Schmidt (1914-1979). Today, the Berlin authors Marion Poschmann and Kathrin Schmidt are brilliant in both, poetry and novels. If you want to understand the German East (because Berlin is located in the very centre of East Germany), read the novels of André Kubiczek and Eugen Ruge. My favourite Berlin poets are Uljana Wolf, Ron Winkler, Monika Rinck and Ann Cotten.

For any authors or lit lovers who are visiting or new to Berlin, where do you recommend they go to discover the literary scene?

Berlin has 4 big literature festivals, 5 public literature houses, a center for children‘s and youth literature and several independent literature venues… watch out for their daily programs! Berlin is a real hot spot of international literary life, every day there are various readings and literary events all over the city. Don’t stay in the expat bubble which is quite alive, but not particularly large: We have more than 70 regular reading series in Berlin… The best-informed platform for all this is btw the website literaturport.de. And our own city-wide, multilingual reading series PARATAXE is of course something for curious and open-minded literary people (dates and details see our multilingual webzine www.stadtsprachen.de).

Do you have a favourite place for writing in Berlin? Any cafes or bars to check out?

My favourite place is a little Greek-Portuguese bakery in Prenzlauer Berg but I will not mention the name to keep it secret & cosy. But rather than cafés, many writers today use the public libraries and the many coworking spaces for freelance creatives which have been opening up in the last few years all over the city. Our association (Berliner Literarische Aktion e.V.) also runs a little coworking office for writers & Co in Prenzlauer Berg.

It’s a tricky question but what kind of writing are you looking for? Is there anything that would get an immediate thumbs down from you?

No chance to get a clear definition here, sorry. Usually we say: To be invited by us to a reading or project it needs at least a book we liked. No matter what genre, no matter what style or language, it just has to be interesting and on a certain level of literary quality. Then we might translate some passages into German and present author & text in readings and projects in Berlin, Germany and Europe and on the internet – and make them a member of the permanently growing PARATAXE family.

You have until June 30 to send in your submission to this competition. Find out more on the 2019 Berlin Writing Prize here.