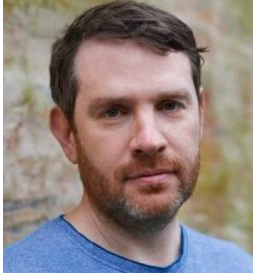 This weekend workshop will introduce the craft of writing drama for the screen – a form sharply distinct from playwriting. Whereas the action of a play often depends largely on dialogue, screenwriting is image-based. The professional screenwriter understands this unique language, and how to manipulate it into telling a filmic story.

The course will explore screenwriting for both film and television. Award-winning screenwriter Nicholas Pierpan will lead a two-day writing workshop in Berlin. No experience is necessary, besides a love of film and television drama. Participants will be expected to watch 3 hours of selected television pilots beforehand.

The course will include in-depth discussions and writing exercises addressing character, plot, and structure. The central theme connecting all discussions will be how to take your story idea and tell it through the screenwriting form. We will cover how to actively “read” a film or television show is a key – and often overlooked – aspect of this craft. You may come with an idea for a film or series in mind, or simply to learn more about the art of screenwriting.

The course will also include practical advice on formatting your script (more important than most think), how to find current for opportunities, navigate the world of writing for TV and film, and how to pitch your projects.

To sign up to this workshop, email us at hello@thereaderberlin.com

Nicholas Pierpan is a playwright and screenwriter. In film he won the Script Factory Serious Screenwriting Award, was commissioned by the BBC to write a film for its iPlayer Shorts strand, and is now developing a feature film.

In television, Nicholas was selected for the BBC Drama Production Writers’ Scheme, for which he wrote an original pilot. He is currently developing several television projects. After a BBC Sparks Radio Residency, Nicholas’ radio plays have been broadcast on BBC3, BBC4 and BBC6.

His play, William Wordsworth, was recently produced by English Touring Theatre and The Theatre By The Lake. Nicholas won the 2013 Off West End Award for Most Promising New Playwright and was nominated for an Evening Standard Award for his play You Can Still Make a Killing. He has also won the Cameron Mackintosh Award for New Writing twice, a Peggy Ramsay Award, was shortlisted for the Yale Drama Prize and has been on attachment with the National Theatre Studio. In 2017 Nicholas was named to the BBC’s New Talent Hotlist, created by BBC Director-General Tony Hall and actor Idris Elba.

Nicholas lectures on playwriting and is the Creative Arts Fellow at Wolfson College, Oxford. He also lectures on Screenwriting at Royal Holloway, University of London.