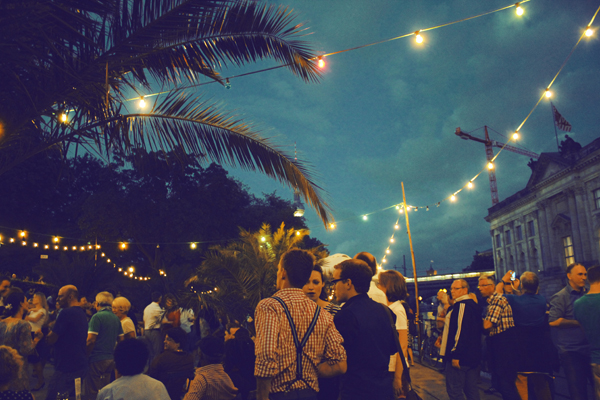 On Sunday September 4th we held our fifth Sunday Salon when, along with our partners from Exberliner, we’ll be celebrating the winners of our 2016 Short Fiction Prize.

We awarded prizes, showcased readings from the winning authors and raised a toast to all those who entered this year’s competition!

There was also live music from accordionist Daniel Stetich (one third of Berlin-based acoustic trio, oui d’accord) who performed his original compositions, French musettes and some unexpected arrangements of songs originally meant to be played by machines. You can check out his promo video here!

The evening was sponsored by Jamesons Whisky, which meant FREE COCKTAILS! We also extended a big thank you to our hosts at Galander, and sponsors ace-stationers Papier Tigre and The Circus Hotel, without whom the competition wouldn’t have been possible.