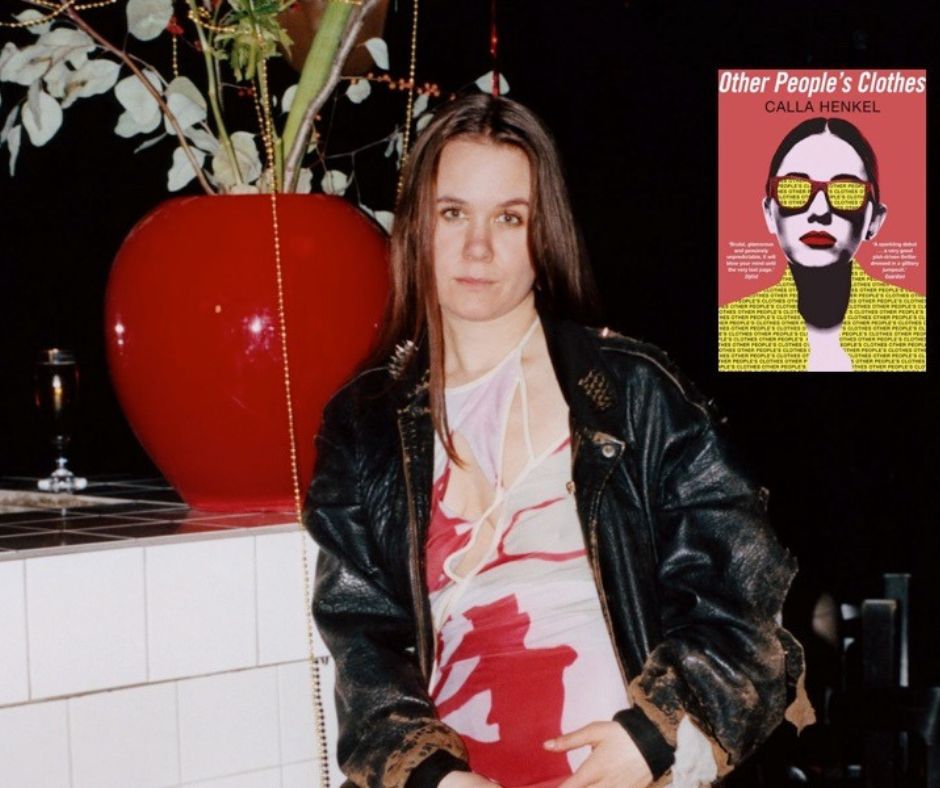 On Thursday November 17, 2022  The Reading presents an evening with Calla Henkel joined by songwriter Dan Bodan.

Calla will be reading from her novel and in conversation with The Seaplane on Final Approach author Rebecca Rukeyser.

Calla Henkel is an American writer, playwright, director and artist living in Berlin. She has staged plays at Volksbühne Berlin, The Whitney Museum of Art, as well as at New Theater, the experimental theater space she co-founded and programmed in Berlin from 2013-2015. Her art writing has been published in periodicals such as Texte zur Kunst, Spike, Mousse, and others. Her artistic work with Max Pitegoff has been exhibited in museums and galleries worldwide. She currently operates a bar, performance space and film studio called TV in Berlin. In 2021 she published her debut novel Other People’s Clothes.

“In Henkel’s exciting and visceral debut novel, two New York art students spend a year in Berlin, where they get caught up in a swirl of seedy nightclubs and cut-rate booze. Their toxic entanglement is the true star here, but there are plenty of wild revelations to keep a reader turning the pages.”
—New York Times Book Review (Editor’s Choice)

Can’t wait to see all of you there!