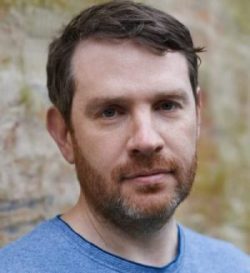 Nicholas Pierpan is a playwright and screenwriter. In film he won the Script Factory Serious Screenwriting Award, was commissioned by the BBC to write a film for its iPlayer Shorts strand, and is now developing a feature film.

In television, Nicholas was selected for the BBC Drama Production Writers’ Scheme, for which he wrote an original pilot. He is currently developing several television projects. After a BBC Sparks Radio Residency, Nicholas’ radio plays have been broadcast on BBC3, BBC4 and BBC6.