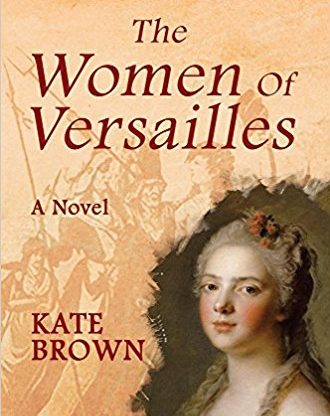 Kate will be joining us for a reading, discussion and Q&A at our Monday Salon on 25/09 at The Circus, Berlin.

‘Dark and rich, The Women of Versailles is filled with political intrigue, sexual awakening, and the roots of revolution.’ – Peggy Riley

Join us for a late-September Salon at The Circus with Kate Brown. Kate is a longstanding friend of The Reader and popular tutor (The Novel, Historical Fiction, Flash Fiction) and we can’t wait to hear all about her debut novel, The Women of Versailles. Published in May 2017 by Seren Books, the novel tells the story of Adélaïde, daughter of Louis XV, in the years preceding the French Revolution. An evocative exploration of power and sexuality, the novel is already receiving rave reviews. Featuring a short interview, reading and a Q&A with the audience, the event will see Victoria picking Kate’s brain on the writing process, her path to publication and what’s in store next for this versatile writer.

*Please note that although this event is free, RSVP is essential as space is limited. Contact hello@thereaderberlin.com to secure your place now!* 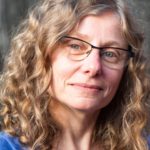 Kate is a writer and film-maker. Her first novel ‘The Women of Versailles’, set during the reign of Louis XV, was published by Seren Books in May 2017. Her story ‘Making Fists’ won third prize in the Bristol Short Story Prize 2016. Other short fiction has been published widely and short-listed for the Fish Short Story Prize and the Asham Award among others. Kate is a graduate of the UK’s National Film and Television School, her films have been shown at festivals and on television worldwide.

The Women of Versailles

In The Women of Versailles, the narrative slips between the decadent world of Versailles during the reign of Louis XV and the day, just before the French revolution in 1789, that Versailles is stormed by the women of Paris and Louis XVI is forced to move the court to the Tuileries. At the centre of this story is Adélaïde, who struggles with her budding sexuality and a desire for freedom of expression, both of which conflict with the expectations of the restrictive court.

Adélaïde envies her brother, is bored with her sister and, when Madame de Pompadour, a bourgeoise, comes to court as her father’s mistress, she is smitten, with dangerous results. Adélaïde pushes against the confines of the court, blind to the difference between a mistress and princess, with tragic results.

Forty-four years later, under the looming shadow of the revolution, what has happened to the hopes of a young girl and the doomed regime in which she grew up?

‘I am not usually drawn into ‘historical’ fiction, with the exception of novels such as The Essex Serpent where the past sets the stage for human issues that are still pertinent today. The Women of Versailles has certainly pulled that off. With black humour reminiscent of Hilary Mantel’s A Place of Greater Safety, the exploration of a teenage girl’s sexuality would be just as relevant in a contemporary setting.’ Claire King

‘Poignant, sexy and evocative – there is a timeless quality to Adélaïde’s reflections on the turmoil of adolescence and double standards in society.’ – Isabel Costello