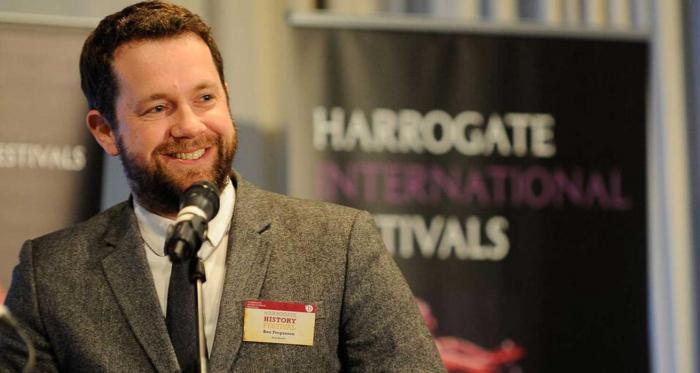 On Monday 20th November, award-winning author Ben Fergusson will be joining Victoria Gosling in The Reader salon. A hugely exciting talent, Ben won the 2015 Betty Trask Prize for his debut novel The Spring of Kasper Meier which was selected for the Waterstone’s Book Club, WHSmith Fresh Talent and the BBC Radio 2 Book Club…

It was longlisted for the Authors’ Club Best First Novel Award and shortlisted for The Sunday Times Young Writer of the Year Award. His second novel The Other Hoffmann Sister was published by Little, Brown this year – and we can’t wait to hear all about it. As well as reading from The Other Hoffman Sister, Ben will be in conversation with Victoria, and answering all your burning questions. He’s also teaching an Advanced Fiction Weekend Workshop for us on November 18th and 19th. Check it out here.

*Please note that although this event is free, RSVP is essential as space is limited. Contact hello@thereaderberlin.com to secure your place now! 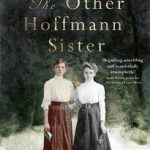 The Other Hoffmann Sister

In 1902, Ingrid Hoffmann’s family move her and her sister Margarete to a farm in German Southwest Africa that their father has bought from the aristocrat Baron von Ketz. In the face of casual racism, tensions with local tribes and the family’s strange relationship with the von Ketzes, Ingrid worries increasingly for her sister’s declining mental health, until a shocking murder forces the family back to Germany. In Germany, Margarete’s health improves and she becomes engaged to Emil von Ketz, the older Baron’s son. But on her wedding day on the eve of the First World War, Margarete disappears. After the war, in the midst of the revolution that brings down the Kaiser and wipes out the aristocracy that her family has married into, Ingrid returns to the von Ketzes’ crumbling estate determined to find out what really happened to her sister.

“A fascinating look at racism and snobbery. Broken postwar Germany is superbly drawn and events in Africa are eye-openingly horrific.” (The Times)

“A richly accomplished work with a fascinating central character. And like the best historical novelists, Fergusson combines the ability both to bring the past to life with grippingly immediate vignettes, and use it to illustrate themes such as betrayal, prejudice and the deceptive nature of memory, which remain universal.” (the i newspaper from The Independent) 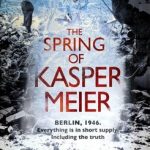 The Spring of Kasper Meier

Set in Berlin in 1946, The Spring of Kasper Meier follows the friendship that develops between Kasper Meier, a black-market trader, and Eva Hirsch, the young woman who is blackmailing him. As soldiers in Berlin begin to be killed in mysterious circumstances, both Kasper and Eva’s troubled pasts threaten to reveal themselves, and their fragile lives begin to spiral out of control.

“Fergusson has already won two awards for this gripping and atmospheric debut, a thriller set amid the rubble of a defeated Berlin in 1945…What follows is original and highly accomplished.” (Sunday Times)

​”Beguiling, unsettling, and wonderfully atmospheric. A dark expedition across a nightmarish landscape of physical and emotional damage and moral decay.” (Sarah Waters)

“The finest thing in the novel is the imaginative recreation of time and place, the bombed and ruined city over which the past hangs darkly, where no possible future can yet be envisaged . . . A decidedly accomplished first novel . . . where the keenness of observation and the rhythms of the prose call Graham Greene to mind.” (Allan Massie, The Scotsman)