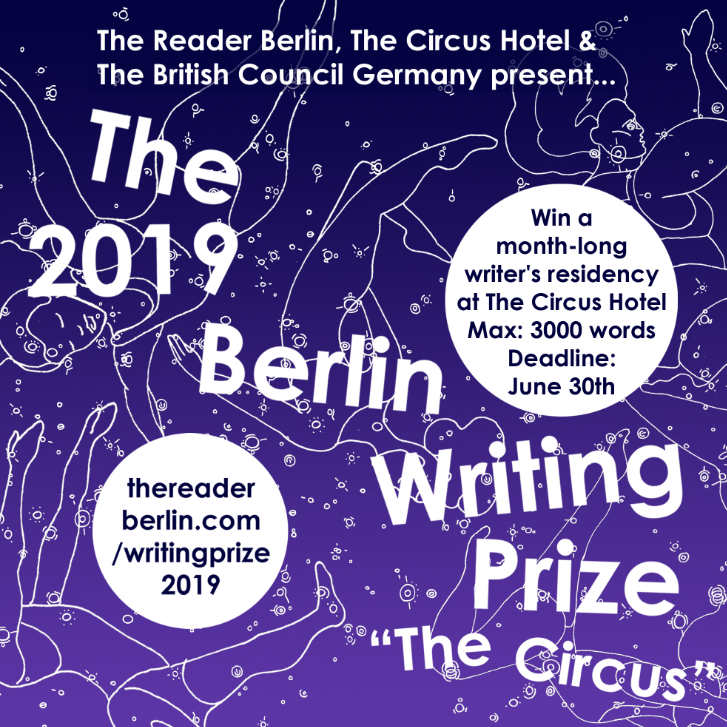 Today, we are delighted to announce the entries that have been longlisted for the 2019 Berlin Writing Prize. In alphabetical order (by title) they are:

Amidst A Ring of Fulcrum and Light, by Jenny Wong

Caught in the Mechanism, by Edward Barnfield

On Bears (A Constellation), by Sarah Van Bonn

One in Eight, by Hannah Harper

Someone with Something to Say, by Lucy Grace

Suddenly the Top Blew Off, by Stephanie Pushaw

The Ghost of Things, by Suzanne Scanlon

The Life I Deserve, by Victoria Griffin

The Streets our Brushes, the Squares our Palettes, by Will Studdert

Time is a Circus, by Elizabeth Forsyth

How (not) to Leave, by Aisha Hamid

How the Circus Came to Be, by Jane Housham

The Flea-Trap, by Alice Ash

The Reverend’s Circus, by Jacqueline Parker

We will be announcing the shortlist of ten writers, including the winner and two runners up, after our judging dinner on September 29th 2019.

Congratulations to these wonderful writers and thanks to everyone who entered!