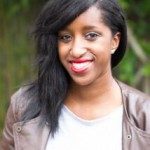 JOY C. MITCHELL is a screenwriter, journalist, and story consultant with an MFA in Creative Writing & Screenwriting from Emerson College.

Previously, she studied journalism and screenwriting at USC. A Los Angeles native, she’s worked in TV development and production at NBCUniversal’s Syfy and Universal Cable Productions, the USA Network’s studio, where she provided story notes on shows like Paranormal Witness and coverage on script submissions.

She was a semi-finalist in the Warner Bros’ TV Writer’s Workshop in 2012 for her spec episode of Showtime’s “Shameless,” and a quarter-finalist in ColorCreative TV’s drama pilot competition for her music drama pilot “Rocked.”

Additionally, she’s worked as a researcher and on-set for other Los Angeles-based production companies and shows. Her writing has been published in Billboard, The Hollywood Reporter, and Berlin Beat among others. She works in Berlin as a full-time freelance writer.