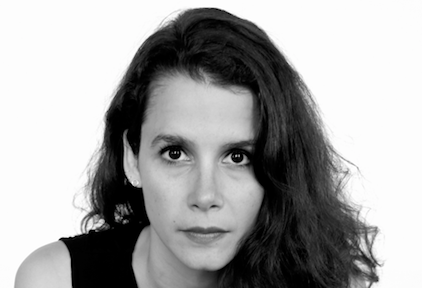 Graphic novels are increasingly popular and recognized throughout the literary world. However, it’s not as simple as writing a story and adding in illustrations afterwards; rather it is a constant synthesis of words and images. Behind each graphic novel lies a compelling text that must include indications for visual cues—much like a movie. As a hybrid form drawing strength from two worlds, a graphic novel’s emotional impact can be increased tenfold when done correctly. The challenge: think in images, while using evocative words.

This one-day workshop will start with an overview of the genre today and (re)discover its incredible diversity: fiction, (auto)biographies, nonfiction, adaptations of novels, etc. We will then examine the basic rules as well as some more advanced scenario writing techniques. We’ll then practice with some short writing exercises:

This workshop is aimed for beginners and intermediates of all backgrounds who want to explore the graphic novel as a medium – whether writers, journalists, illustrators, storytellers, or all of the above. Those who already have an idea for a project can apply in-class scenarios to their work, or we can build a new idea from scratch. We will also touch upon how the graphic novel market works and give concrete advice for those who want to get started with publishers: how to present your project to a publisher? Do I already need an illustrator? What are the different stages of the creation of the book beyond writing the manuscript? Mathilde will cover it all!

Mathilde Ramadier is from Southern France and now lives between Berlin and Arles. After a first degree as a graphic designer, she went on to study æsthetics and psychoanalysis at the University Paris VIII and obtained an MA in contemporary philosophy at the École Normale Supérieure. Since 2012, she works as a writer, scriptwriter, and translator – mostly writing graphic novels and essays while working with illustrators, publishers, and magazines. Mathilde has conducted various workshops on creative writing and visual representation at the EMA art school in Châlon, the Lycée Français of Oslo, Atelier-Refuge, and the International Comic Festival of Erlangen, Germany. She also lectures on ecology and social issues like feminism and labour rights, and has given talks at University Paris VIII, EHESS School in Paris, Mairie de Paris, Frankfurt Book Fair, the Cité des Sciences of Paris, among others. Her talk at a TEDx Conference is forthcoming in April 2019. Her books have been translated in German, English, Spanish, Korean, Italian, and Greek.
www.mathilderamadier.com