SAVVY Contemporary and The Reader Berliner cordially invite you to the launch of Freeman’s #2 on Family, the second issue in the journal reviewers are calling “bold” (Minneapolis Star-Tribune) and “refreshing” (Chicago Literati). In this second edition of Freeman’s, the new biannual of unpublished writing, former Granta editor and National Book Critics Circle President John Freeman brings together the best new fiction, nonfiction, and poetry on the ties that bind.

On the night, John Freeman will be joined by Orange New Writing Prize award-winner Joanna Kavenna, Berlin-based writer, artist and creative director Michael Salu and Garnette Cadogan, writer, visiting fellow at the Institute for Advanced Studies in Culture at the University of Virginia and editor-at-large of Nonstop Metropolis: A New York City Atlas. Featuring readings and the authors in conversation, the event will see the panel consider the meaning of family and the extent to which we can choose to what and whom we belong.

“Freeman draws from a global cache of talent … This collection takes on the family from within and without, in ways one might expect and others totally unanticipated, for an expansive reading experience.” –Kirkus Reviews

Following a debut issue on the theme of “Arrival,” Freeman‘s circles a new topic whose definition is constantly challenged by the best of our writers: family. In an essay called “Crossroads,” Aminatta Forna muses on the legacy of slavery as she settles her family in Washington, DC, where she is constantly accused of cutting in line whenever she stands next to her white husband. Families are hardly stable entities, so many writers discover. Award-winning novelist Claire Vaye Watkins delivers a stunning portrait of a woman in the throes of postpartum depression. Booker Prize winner Marlon James takes the focus off absent fathers to write about his mother, who calls to sing him happy birthday every year. Even in the darkest moments, humor abounds. In Claire Messud’s home there are two four-legged tyrants; Sandra Cisneros writes about her extended family of past lovers; and Aleksandar Hemon tells the story of his uncle’s desperate attempt to remain a communist despite decades in the Soviet gulag. With outstanding, never-before-published pieces of fiction, nonfiction, and poetry from literary heavyweights and up-and-coming writers alike, Freeman’s: Family collects the most amusing, heartbreaking, and probing stories about family life emerging today.

Freeman’s has been described by the BBC as “fresh, provocative, engrossing,” and “sure to become a classic in years to come,” by the San Francisco Chronicle. Come hear the writers that will make it so.

The event will take place in English without translation.

“Freeman’s #2″, John Freeman’s „Tales of Two Cities“ and Joanna Kavenna’s “A Field Guide to Reality” will be available for purchase during the event. 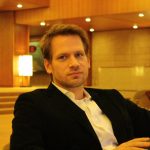 John Freeman is the editor of Freeman’s, a literary biannual of new writing. He has written two books of nonfiction, The Tyranny of Email and How to Read a Novelist, along with a collection of poems, Maps, out next year from Copper Canyon. His work has appeared in The New Yorker, The Paris Review, and The Guardian. In 2014, he edited Tales of Two Cities, an anthology about inequality in New York today. This fall he will publish Tales of Two Americas, a follow-up volume, which features new writing from 40 writers about inequality in the U.S. at large. Freeman’s work has been translated into more than 20 languages. The former editor of Granta, he lives in New York City, where he is Writer-in-Residence at NYU and Executive Editor of The Literary Hub. 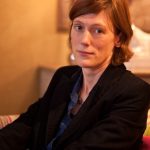 Joanna Kavenna is the author of The Ice Museum, Inglorious (which won the Orange Prize for New Writing), The Birth of Love, Come to the Edge and A Field Guide to Reality. Her writing has appeared in the New Yorker, Guardian, Observer, Telegraph, Spectator, London Review of Books and New York Times and she has held writing fellowships at St Antony’s College Oxford and St John’s College Cambridge. In 2011she was named as one of the Telegraph’s 20 Writers Under 40 and in 2013 was listed as one of Granta’s Best of Young British Novelists. 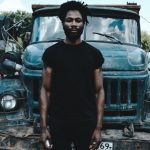 Michael Salu is a writer, award-winning creative director and artist. His fiction, non-fiction and art have appeared in a range of publications including Tales of Two Cities (Penguin RandomHouse), Grey Magazine and recently the inaugural edition of new literary journal Freeman’s. Salu runs a multi-disciplinary creative consultancy [SALU.io] and is a co-founder of the cross-disciplinary art event series Local Transport. He is currently finishing a collection of stories, and has two film projects in production. He is the former creative director and art editor of Granta Publications. 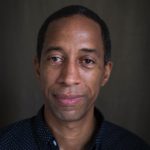 Garnette Cadogan is Visiting Fellow at the Institute for Advanced Studies in Culture at the University of Virginia, and Visiting Scholar at the Institute for Public Knowledge at New York University. He is the editor-at-large of Nonstop Metropolis: A New York City Atlas (edited by Rebecca Solnit and Joshua Jelly-Schapiro) and is at work on a book on walking.