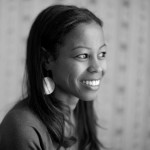 FATIN ABBAS’ first novel, Ghost Season, is forthcoming from W. W. Norton & Co. Her short fiction has appeared in Freeman’s: The Best New Writing on Arrival, The Warwick Review, and Friction, and her non-fiction and journalism writing has appeared or is forthcoming in Le Monde Diplomatique, The Nation, Die Zeit, Bidoun, and openDemocracy, among other venues.

She gained her PhD in Comparative Literature from Harvard University and her MFA in Creative Writing from Hunter College, The City University of New York, and has been awarded residencies at the Cité internationale des arts (France), Arc Artist Residency (Switzerland), Villa Sarkia (Finland), and an Alumni Award granted by the Iceland Writers Retreat.