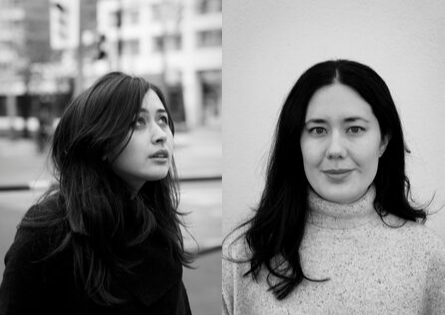 The Reader Berlin is proud to present the Berlin launch of Rowan Hisayo Buchanan’s Starling Days and Jessica J. Lee’s Two Trees Make a Forest: on memory, migration and Taiwan.

These two authors will read from their highly anticipated new books and be in conversation about the modes of articulating sadness and belonging across fiction and non-fiction. They’ll discuss intergenerational immigration and senses of home in their work. Join us for our final reading of the year!

We’re thrilled to host this event with a new venue partner, Geyersbach, and as always, everyone in attendance will be automatically entered to win raffle prizes!

Books will be for sale from Interkontinental. 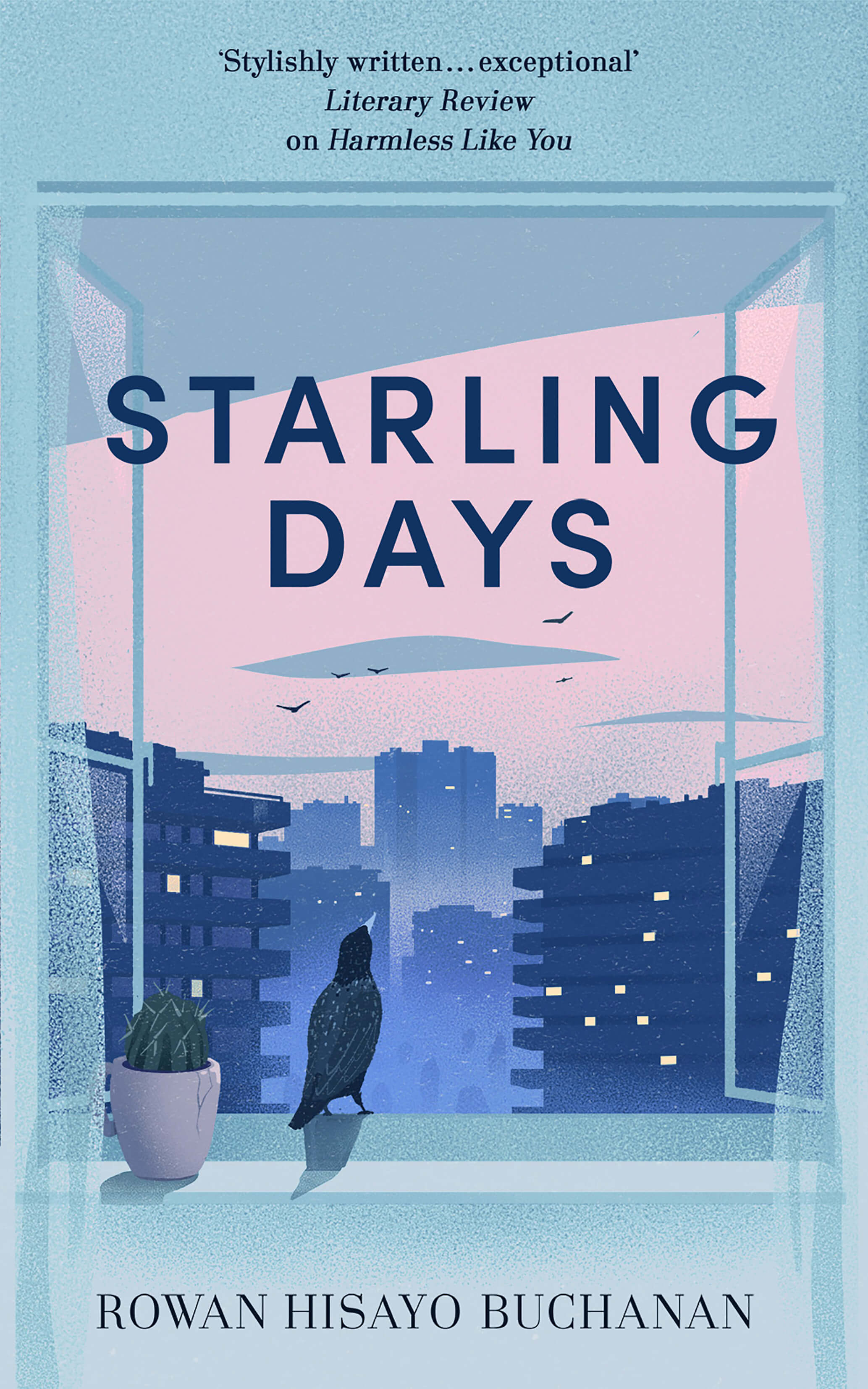 Mina is staring over the edge of the George Washington Bridge when a patrol car drives up. She tries to convince the officers she’s not about tojump but they don’t believe her. Her husband, Oscar is called to pick her up.
Oscar hopes that leaving New York for a few months will give Mina the space to heal. They travel to London, to an apartment wall-papered with indigo-eyed birds, to Oscars oldest friends, to a canal and blooming flower market. Mina, a classicist, searches for solutions to her failing mental health using mythological women. But she finds a beam of light in a living woman. Friendship and attraction blossom until Oscar and Mina’s complicated love is tested.

“A singular novel from the poetic and painterly mind of Rowan Hisayo Buchanan.” – Sharlene Teo, author of Ponti

“An exquisite rendering of love, sadness, and misunderstanding…I want to share this book with everyone I know.” – The Paris Review

“A quiet triumph – tenderly and disarmingly exploring the responsibility of love, loneliness, what it is to feel lost” – Sophie Mackintosh, author of The Water Cure

Rowan Hisayo Buchanan is the author of Harmless Like You (2016)—the winner of The Authors’ Club First Novel Award and a Betty Trask Award. It was a New York Times Editors’ Choice and an NPR 2017 Great Read. Her short work has appeared in several places including Granta, Guernica, The Guardian, The Harvard Review, and NPR’s Selected Shorts. She is the editor of the Go Home! Anthology from Feminist Press. Rowan has received residencies and fellowships from The MacDowell Colony, The Millay Colony, Hedgebrook, Gladstone’s Library, The Asian American Writers Workshop, and Kundiman.

Make sure to check out Rowan’s workshop on Creative Nonfiction: The Lyric Essay on Saturday 9th November, details here.

Two Trees Make a Forest: On Memory, Migration and Taiwan 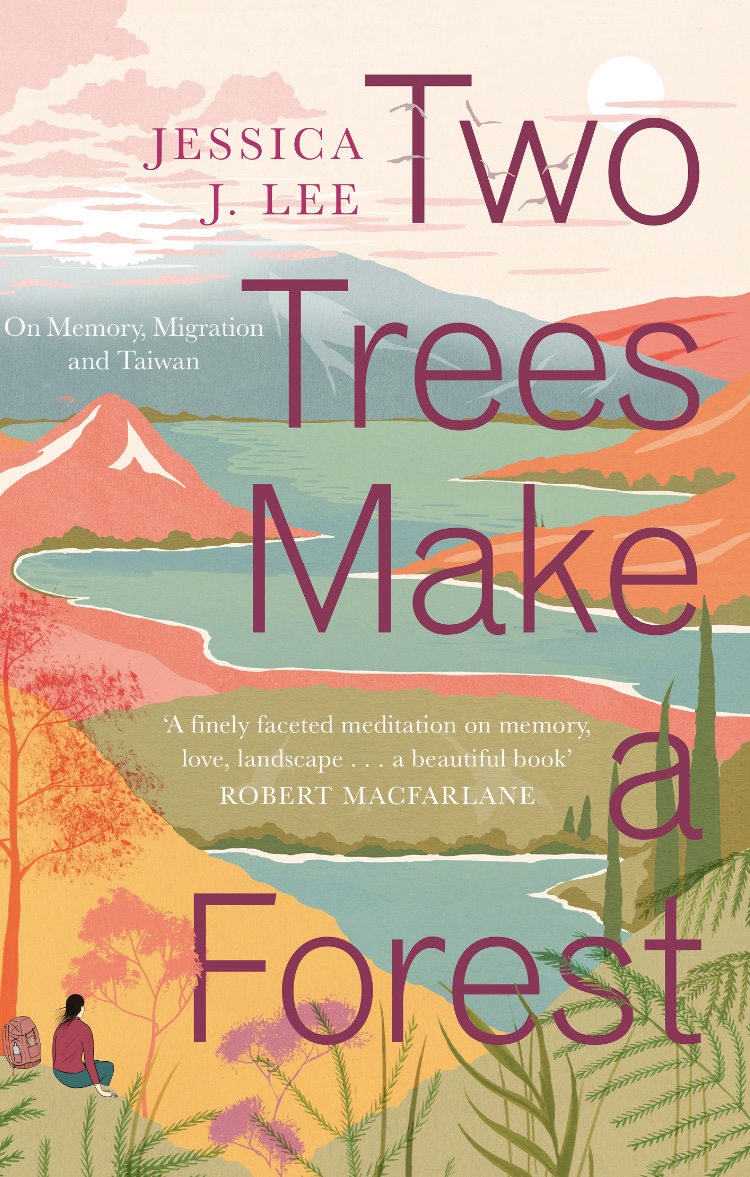 I have learned many words for ‘island’: isle, atoll, eyot, islet, or skerry. They exist in archipelagos or alone, and always, by definition, I have understood them by their relation to water. But the Chinese word for island knows nothing of water. For a civilisation grown inland from the sea, the vastness of mountains was a better analogue: (dao, ‘island’) built from the relationship between earth and sky.

Between tectonic plates and conflicting cultures, Taiwan is an island of extremes: high mountains, exposed flatlands, thick forests. After unearthing a hidden memoir of her grandfather’s life, written on the cusp of his total memory loss, Jessica J Lee hunts his story, in parallel with exploring Taiwan, hoping to understand the quakes that brought her family from China, to Taiwan and Canada, and the ways in which our human stories are interlaced with geographical forces. Part-nature writing, part-biography, Two Trees Make a Forest traces the natural and human stories that shaped an island and a family.

“Two Trees Make a Forest is a finely faceted meditation on memory, love, landscape — and finding a home in language. Its short, shining sections tilt yearningly towards one another; in form as well as content, this is a beautiful book about the distance between people and between places, and the means of their bridging.” – Robert Macfarlane

“A subtle, powerful exploration of the relationship between people and place, and a luminous evocation of an extraordinary landscape.” – Melissa Harrison

“A beautiful, fully-realised tribute to a family and a brave, diligent search for understanding in the mist.” – Amy Liptrot

Jessica J. Lee is a British-Canadian-Taiwanese author and environmental historian, and winner of the 2019 RBC Taylor Prize Emerging Author Award. Her first book, Turning, was published by Virago Books in 2017 and named among the best books of the year by both Canadian newspaper The National Post and German newspaper Die Zeit. It was named a Notable Book by the Sigurd F. Olson Nature Writing Awards in the USA and longlisted for the Frank Hegyi Award for Emerging Authors in Canada. She has a PhD in Environmental History and Aesthetics and was Writer-in-Residence at the Leibniz Institute for Freshwater Ecology in Berlin from 2017–2018. Jessica is the founding editor of The Willowherb Review. Her second book, Two Trees Make a Forest: On memory, migration, and Taiwan will be published in 2019. She lives in Berlin.