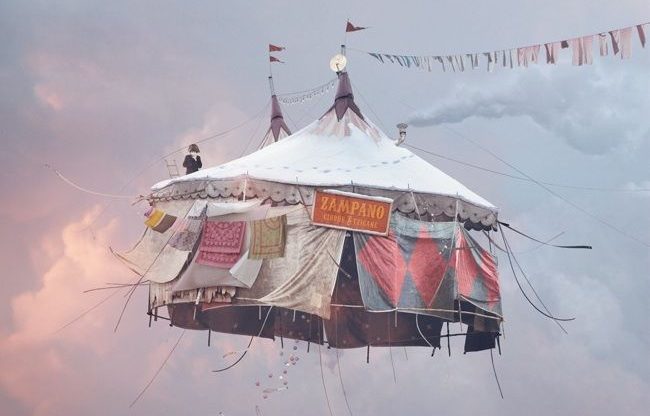 I was abducted by aliens on the 4th July. I was crossing my backyard as it happened, texting Bilal. It was all crack and glitter overhead. And then, I was lying on the other side of the yard by the gate. Damp soil in my mouth. The text I never finished was just an empty bubble on the screen. The fireworks were over. The sky was only charcoal smudges, pistils of light. There was that 4th July smell—spent matches and hot asphalt, a frankfurter somewhere burning on charcoal. I had five missed calls from Bilal. I didn’t call him back. I rolled over on my side, stared at an abandoned Fritos packet. I stared at that thing so long it got cold out.

Those were bad, those first few days. I slept in the utility room where there weren’t any windows, blocking the door with an old suitcase. I mean, I say I slept but not really. More like falling out of consciousness. I drank. I drank the vodka first, then all the beers. Then I got desperate. Three sluggish inches of crème de menthe. A lychee-flavoured resin from a stag in Malaysia, meant as a gag gift. There was a snake in my bowels. I showered, a lot. I examined myself, digging fingertips into my glands, staring at the capillary threads in my eyeballs. I remembered an old X-Files episode where abductees got trackers sewn into their necks. I shaved my head with my electric razor, but the battery died and I couldn’t find the charger. My scalp was tufty, chapped. I searched between my toes, the freckles in my nail beds. I was afraid of finding something, and yet, if I did, it would be proof. Evidence.

I didn’t find anything.

It was maybe ten days before I went outside. And only then because I ran out of toilet paper. The lights in Mr Santos’ shop were flickering on and off, it made me queasy. I bought a loosey at the cashier and smoked it in the parking lot, even though I haven’t smoked since high school. On the way back home I got a voicemail from Brenda in HR. Syrupy, condescending. I’d used up my sick days. So the next day I went back to work.

“You look shit,” Bilal said, one arm over my cubicle. “And a cue ball. You look like a shit cue ball.”

I ran my hand over my head. I’d tried to get the last of the hair with nail scissors but it was uneven. I couldn’t stop touching the rough patches. “I was abducted by aliens,” I said.

“I lost about three hours.”

Bilal licked his lips. Watched me.

“Guess they chose 4th July because no one would notice the craft.”

Bilal swallowed. His adam’s apple bobbed up and down. “You’re kidding, right?”

And that was the first time I saw it. The look. Fear and pity, but also a withdrawal, a shrinking back. As if I was tainted. Because I was tainted.

Anbara Salam is half-Palestinian and half-Scottish, and grew up in London. She has a Ph.D in Theology and now lives in Oxford. She is the author of Things Bright and Beautiful (Fig Tree, 2018) and her forthcoming novel, Belladonna (Fig Tree/Berkley, 2020).