WRITING OUTSIDE THE BOX 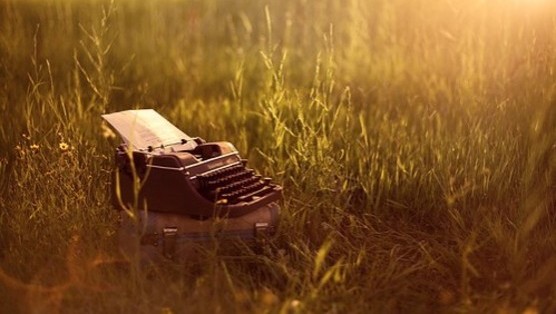 WRITING OUTSIDE THE BOX: EXPLOITING YOUR IMAGINATION

“Some might think that the creativity, imagination, and flights of fancy that give my life meaning are insanity.”  Vladimir Nabokov

Everyone’s heard the old adage “write what you know”, but what if you don’t want to do that?  This is a writing week for people who’ve wondered what it’s like to be someone else, to live in another place, or to have been born into a different time.  Imagination is precious for a fiction writer, and this course aims to guide students in how to use this most innate of human skills to trigger creative inspiration.  It will also cover how to make those imaginings convincing for readers through talking about using research and weaving in what you do “know” to make your conjured fictions more real.  It’s a course for people who love to write and dream, for people who want to make their writing better and to carve out a space in their life to write more.  This doesn’t mean you need a lot of experience – just enthusiasm, passion and the willingness to take risks.  It’s for people who’ve ever wondered whether it’s insanity to take so much pleasure in the art of making things up, or simply the most sane way we could hope to understand our world.

Course tutors Tod Wodicka and Clare Wigfall have been celebrated for the skill with which their work transgresses their own experience.  This is a unique opportunity to work alongside two international Berlin-based authors who can promise a lively rapport stemming from a friendship and working relationship that has spanned almost two decades.  As one of the most exciting and creative cities in Europe, Berlin is the perfect base to inspire and encourage creativity.

This four-and-a-half day intensive summer course is designed to provide a perfect balance of guided practical workshops, one-on-one tutorials, personal writing time, and opportunities to glean from the experience of the tutors during more relaxed evening sessions.  It includes four tutor-led morning masterclasses in which, through in-session exercises and by looking at examples from writing masters, students will be given inspirational triggers to get them writing and will also have the opportunity to focus on themes that will develop their practice including character development, description, story plotting, and editing.  Material will be generated during the workshops that can then be developed individually.  Every student will also receive two private tutorials, one with each tutor, for which they can submit work in advance for focused discussion.  The evening events will include a reading from guest author Julian Gough (JUDE: LEVEL 1, JUNO & JULIET), an informal evening for the tutors to share their experience of the literary industry (including how to find an agent and submit work for publication), and a final celebratory meal with a chance for students to share their work with the group.

CLARE WIGFALL has lived in London, Berkeley, Prague, Edinburgh, and presently Berlin.  Her debut short story collection THE LOUDEST SOUND AND NOTHING (Faber & Faber) was published in 2007 to critical acclaim, described by the Guardian as ‘energisingly, awe-inspiringly, intimidatingly good’.  The following year she won the BBC National Short Story Award and was later nominated by William Trevor for an E.M. Forster Award.  She has published in Prospect, the Dublin Review, New Writing 10, and A Public Space, and has written for BBC Radio and NPR Berlin.  She holds an MA from the University of East Anglia’s prestigious creative writing programme where she was awarded the Curtis Brown Prize.  Clare has taught writing workshops all over Europe, including for the Arvon Foundation, the Cork International Short Story Festival, and the BBC at the Fringe; she is approachable, generous with her experience, and her teaching has an energy that never fails to inspire her students. http://www.faber.co.uk/catalog/author/clare-wigfall

TOD WODICKA was born and raised in upstate New York.  He has lived in just as many places as Clare Wigfall, but mostly by accident.  He currently lives in Berlin.  His first novel, the acclaimed, ALL SHALL BE WELL; AND ALL SHALL BE WELL; AND ALL MANNER OF THINGS SHALL BE WELL (Jonathan Cape/Vintage, UK) was published in 2007 and has been translated into several languages.  The New Statesman pronounced it ‘Vibrant, original, at times hilarious…reminiscent of Philip Roth or Jonathan Franzen (or The Royal Tenenbaums)’.  It was shortlisted for the Believer Book Award in 2009.  His second novel, THE HOUSEHOLD SPIRIT is due in 2014/15.  His essays and criticism have appeared in the Guardian, Granta, the New Statesman, the National, Tank Magazine and AnOther Magazine, among others.  He has been an English teacher and recently helped mentor aspiring novelists in the Tibor Jones Writer’s Studio.