Victoria Gosling on her book ‘Before the Ruins’ by Shana Shabazz 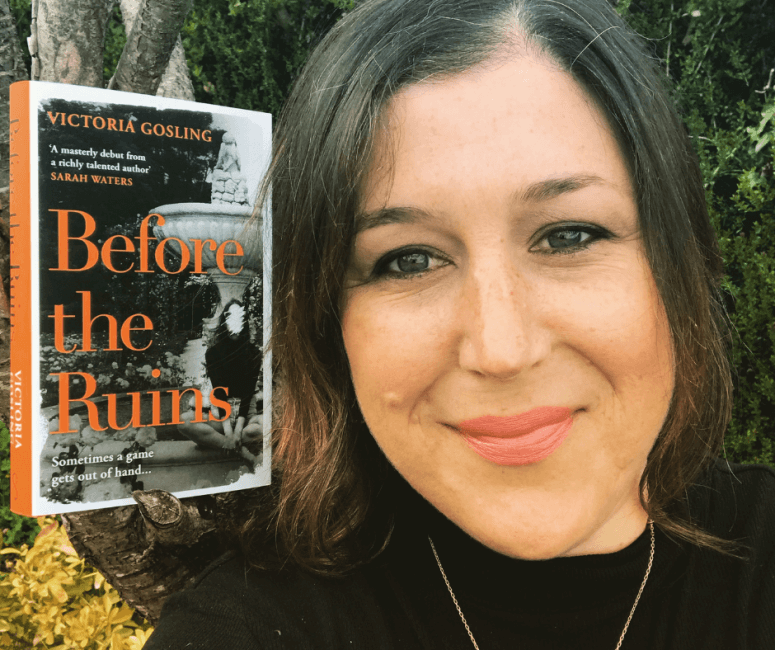 With all the news about this sizzling debut, Shana wanted to know more about the story, the author and what it’s like to have your book published. Here are her questions for Victoria.

How was Before the Ruins conceptualized?

Did you have the story laid out before you started writing? Or did you start and let the story take over?

In the beginning, I tried to write a different novel, but it wouldn’t come together. There was a scene at a manor house in the 1930s on the night a diamond necklace goes missing. After I put that novel aside, my mind kept toying with the manor house, only now I started to visualise it abandoned more than half a century later. Then my protagonist Andy came along. I started writing a few scenes with her and then, after writing quite freely for about 30 000 thousand words or so, I had a look at what I had and began to see how it could become a whole story. Trial and error. Following the images. And then lots of cutting and revision.

How did you decide where to start the story? Was it important that the narrator (Andy) was in transit? Moving forward, then having someone from the past call and seemingly interrupt her current life?

The novel has two threads. One set in the present and one set in 1996 when Andy and her friends are in their late teens. I started writing the scenes at the manor in the 1990s first. Then the second thread came along. I had a sense of the older Andy as a person who is stuck, who has built an outwardly successful life for herself after the difficulties and privation of her childhood, but who is in a sense hiding behind this veneer and starving for meaningful connection. The call from Peter’s mother on the first page, when she tells Andy that Peter has gone missing, is the catalyst for her quest. In finding Peter she must revisit and reassess the past, including the parts she has sought to repress. In doing so, she gets a chance to break free. Freedom is of great concern to me. That’s why it had to be on the first page.

Was this the working title or did it change over time?

No, I gave the novel a different title, but my US publishers weren’t keen on it. It was hell coming up with a new one. But I like Before the Ruins.

How long did it take for you to write?

Four years. I was doing so many other jobs – The Reader, the Berlin Writing Prize, copywriting, editing, manuscript assessment.

Did it feel eerie writing a book about the apocalypse and then having covid come around?

I’ve always been writing about the apocalypse. It’s been turning up in poems and bits and pieces of mine for at least a decade. I do get very superstitious though. Over the years, certain things I have written have come true, one way or another. It’s always looming over my shoulder. I suppose I should write about winning the lottery.

Were you conscious of genre expectations while writing?

Probably less than I should have been.

At what point in the writing process did you get an agent? How did you go about finding them?

I finished the novel, redrafted it and showed it to two or three friends. I took their comments on board and made changes, then set about looking for representation. I asked a few writers and publishing friends who they thought were wonderful agents. Then I looked at those agents’ lists to see if I might be a fit. Then I made a shortlist and emailed a handful of agents three chapters and a synopsis. I had my first request for the full manuscript within 48 hours. Judith Murray offered representation, and after a phone call with her, I felt really confident that she would be the right person to find a publisher for the novel. She’s so lovely, warm and inspiring. Judicious and human and clever!

At what point in the writing process did you get a publisher? How did you go about finding them?

So Judith asked me to do some work on the manuscript and then she sent it out to about twelve publishers. A lot of editors came back to say how much they liked it but that they wouldn’t be buying it. I was in agony! Judith then sent it to quite a few more. She didn’t get dispirited and then one of the very first editors she had sent it to, Rebecca Gray at Serpent’s Tail, came back off maternity leave and it was the first book she bought. Then, to my surprise, when it was sent out to US publishers, there were a couple of offers and it sold very quickly.

Did you have to compromise on your original ideas for the final product? If so then how much?

I don’t consider edits compromises. I’ve done too much work as an editor myself. An editor, if they’re good, will make you look so much more excellent than you are. They point out all the things you can’t see because you’re too close to the cliff face. So I listen really hard. Ninety-five per cent of the time, I take the advice. But then, I was very fortunate with my editors.

What’s your favorite line of the book?

I don’t have one, but I’m always grateful when a good line to begin a chapter comes along as it all goes so much more easily from there on. It gives you confidence. This was one of the first lines that came and stayed:

“It was May when my mother came home and, collapsed upon the hall carpet, her face all concertinaed on one side, announced the coming of the apocalypse.”

How do you feel now that it’s finally published?

Hugely relieved. It’s nice to have something to show for all my years of effort! A friend of mine used to joke that I was probably like the Jack Nicholson character in The Shining, typing the same sentence over and over again for decades on end, like a lunatic. All work and no play makes Vicki a dull girl… Now I can prove that’s not true!