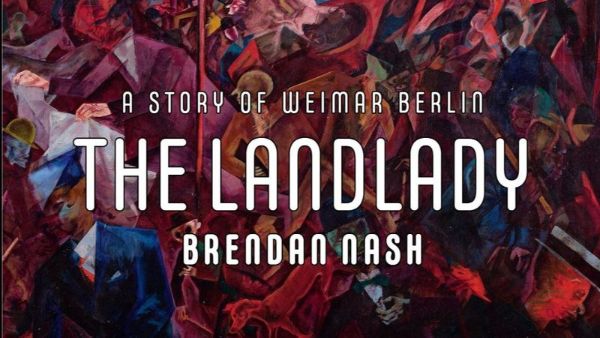 The Reader Berlin and The Circus are proud to present the Berlin launch of Brendan Nash’s debut novel, The Landlady. Join us in The Circus’s cozy cellar bar for readings, discussion and Q&A—moderated by Ben Fergusson.

Seven years before she ever heard the names Christopher Isherwood or Sally Bowles, Margareta Thurau is living life to the fullest. Or so she thinks. Life is good in her second-floor apartment on Nollendorfstrasse in the heart of Berlin’s Schöneberg, but in the streets below, society is tearing itself apart.

The currency is crashing, inflation is soaring, and on one seems to know what will happen next. The war may have ended five years ago but battles are still being fought daily on the streets of Berlin. The bold new Weimar Republic is on its knees and a succession of failed governments have fixed nothing. A week is no time at all in Berlin and for Margareta Thurau and her neighbours in Nollendorfstrasse 17, and this week will change their lives forever.

When people don’t know what’s going to happen tomorrow, they don’t care how they behave today.

‘I loved this novel. Expect gay nighclubs, an allotment community, changing friendships, a myriad of love affairs and people prepared to do anything for a few (stable) dollars. All amid the glamour of 1920s Berlin, beautifully described.’

—Sara Sheridan, author of Where Are the Women? A Guide to an Imagined Scotland

Brendan Nash is an Irish writer and tour guide, specialising in Weimar Era Berlin. Born in London in 1964, he spent his childhood on the south coast of England before moving to Scotland in the early 1990s. After 20 years working in bars, nightclubs and hotels, he and his husband moved to Berlin in 2008 and to a completely unplanned new career! His Isherwood’s Neighbourhood walking tour of Schöneberg has been running for nearly ten years and been featured in the New York Times, The Guardian and the Sydney Morning Herald. He was a guest on the recent Berlin episode of Anthony Bourdain’s Parts Unknown on CNN and is soon to be seen on BBC’s Great Continental Rail Journeys with Michael Portillo. His first book, A Walk Along The Ku’Damm, was published in 2015, and The Landlady is his first novel.