A CHRISTMAS LETTER from CJ Hopkins 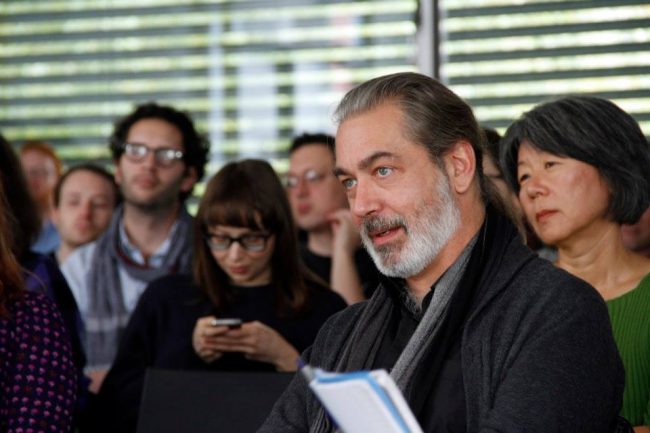 As the festive holiday season once again approaches, bringing with it tidings of rectal rehydration, beatings, freezings, drownings and various other forms of torture carried out by the US government and its many client states, and numerous corporate mercenaries, as well as of course the ongoing killing of pretty much anyone they feel like with no regard whatsoever for things like international laws and conventions, or, you know, the Constitution of the United States, I wanted to add to the good cheer, and the general spirit of selfless giving and heartfelt concern for the least fortunate among us, by making available a bad play I wrote back in 2006, in a sour and despondent mood.

Unlike my other plays, a few of which have received international critical acclaim, and a handful of awards, and some of which some of you may have actually seen staged, or read in their published versions, this play, AMERICA, THE BEAUTIFUL, apart from being incredibly inappropriate, is just not very good. For one thing, it features quite a bit of torture, most of it purely psychological, which is okay, but some of it not so psychological, which is really not okay, especially when the characters doing the torturing are officials of the US government, like Homeland Security, or CIA, or NSA, or some other agency, or their corporate mercenaries. Now it’s perfectly okay to deal with such things in a play — I’m sure you can recall many prominent theater productions in recent years that have done so, even if I can’t seem to at the moment — but what is not okay is to actually put the torture right there on stage, in all its ugliness, where everyone has to be in its presence, rather than just watch it on HBO or YouTube or whatever. Another unforgiveably bad thing about this play — which remember I wrote back in 2006, before President Obama got elected and changed everything — is that it kind of seems to want to somehow implicate all of us in the whole torture thing, and in the unlawfully killing anyone we feel like thing, and the invading other countries on completely fabricated pretenses thing, and of course no one enjoys being implicated in stuff like that.

Why am I making this play available online, you probably want to know, eight years after I wrote it? Well, I’ll tell you. Shortly after I finished it — so we’re talking 2006-2007 now, which was still well before President Obama won the Nobel Peace Prize for his extraordinary efforts to strengthen international diplomacy and cooperation between peoples, and before he got elected, and changed everything — I sent this bad play I had written to my agent, and to other agents, and to various theaters in the US and UK, all of whom agreed that it was quite bad, or that it didn’t fit into their plans at the time. In the latter case, these people were simply being kind. They knew the play was bad. They just didn’t want to hurt my feelings. Because of course their plans included any number of bold and innovative productions of plays directly confronting the whole torture thing, and the constant surveillance of everyone thing, and the rogue state superpower blatantly violating international laws while we all go blithely along with our lives thing. All one has to do is look back over the last eight years at all the prominent productions of such plays, and at all the discussion and debate and societal change these productions have stimulated, which is one of the primary purposes of the theater, after all.

Anyway, it being the holiday season and all that, and having recently scanned all these news stories about the torture thing, and those international laws, I was reminded of this bad play I had written, and I dug it out of its digital drawer, and I have posted it on my website right here, so that you, or anyone, can read it, free of charge. At this point I should probably mention that not everyone who has read this play thinks it’s so bad. My wife likes it. And John Clancy, a director I have often worked with, thinks it’s alright, and he even mounted a little reading of it a few years ago, and oddly, the audience at that reading seemed to like it too, or so I hear. Now, I mention this because sometimes, when people are feeling emotional — like you may be feeling, after reading about all this torture stuff, again — people get carried away and do crazy and, well, unprofessional things. For example, those of you who are theater professionals, or know people who are, or just go to the theater occasionally, might feel that a play like this needs to be read in public or, God help us, produced somewhere. And of course, if you do feel that way, after you’ve read it, I’ll understand. Nevertheless, I would encourage you to take a few deep breaths, and think things through, before you do anything rash, and unprofessional, like sending this newsletter (and/or the play) to all the other theater lovers you know, or to the literary managers and artistic directors of theaters, or to members of their boards, or their romantic partners, or mounting a reading or a production of it yourself — which if you run a poor theater I’ll grant you the performance rights for free — or just spreading it around on all those social networking gizzies, or otherwise making an ass of yourself.

Look, I don’t want to go on and on about this. Do what you want. All that torture stuff happened way back during the Bush years anyway, so that’s all over with now. President Obama is probably right. We should probably all just get on with our own individual lives, and try not to dwell on all this horrible stuff we can’t do anything about, and try to get into the holiday spirit, and the joy of giving, and feeling compassion for the least fortunate among us, and shopping, and so on.

PS. Sorry this newsletter didn’t turn out as festive as I had hoped. I guess my mood hasn’t improved all that much since 2006, at least not when it comes to this torture stuff. I’m working on that.